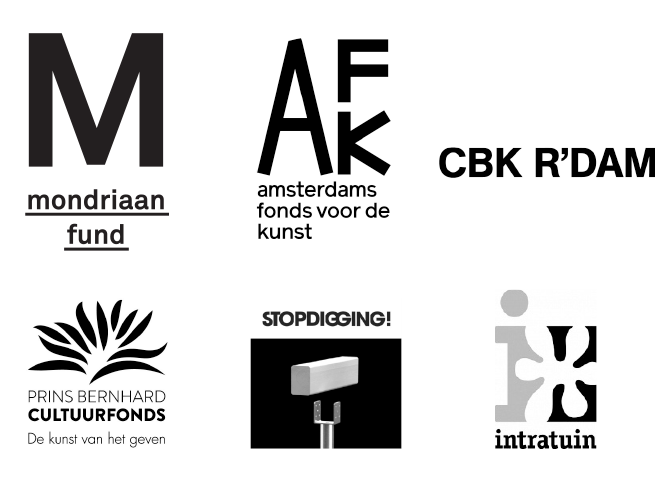 In conversation the other day I was asked how visitors to the garden would know I was working here at the Frankendael, in what way my presence would be visible? At first I was a bit confused…. in a normal exhibition set up the presence of the artist is by proxy through their artwork. But here, where I will be engaging with the house and garden over the course of two years, the daily position of the artist could become fundamental. So I’ve been thinking a lot about that conversation since; about how the works I am making here come into being and how that process becomes visible.

In the first instance it could be a question of from what position am I working, what’s the nature of my relationship with the context? For sure the starting point is to embed my practice here but what does an embedded practice really mean and what does such an artistic choice imply?

In a way I think the primary question is whether your work comes from inside or outside the social context.

If I’m going to be working here I could be working from inside the house, I’ve been offered space within the offices, but what would that imply?

Certainly it would be amongst the staff, but perhaps too close, or too far from getting the soil under my nails.

I could stick to working in the garden as I’ve mostly been doing, but that’s really impractical, nowhere to put my stuff and under all weathers.

Or I could work from my Rotterdam studio using the Frankendael as a location but would mean being too distant as if flying in to plan interventions?

Somewhere in-between then; perhaps between house and garden. A position entangled physically and socially in the Frankendael undergrowth.

This makes me think of putting a shed in the garden.

Perhaps in one of the ‘wilderness’ areas: as in behind the hedge. There’s an area beneath a yew tree…. where the chicken coops are. That could be the place. A shed: a shed as a studio…. a place to work from physically and socially.